Karlín – A colourful and lively neighbourhood,

that is not afraid of an opportunity. When, in 2002, Prague’s Karlín district was hit by a destructive flood, few would have by envisioned that in the future it would rank among the most popular and prestigious localities in Prague, where large companies would be locating their headquarters and locals would be choosing from several high-quality projects to live in. Rezidence U Negrelliho is also such a project.

that are going to undergo reconstruction in the near future are Invalidovna, the Jan Žižka Barracks and Negrelli viaduct - a 1100 metre long stone bridge built in the middle of the 19th century, it was the longest viaduct in Europe until 1910. As part of the renovations, the train tracks will be reconstructed, which will significantly lower the noise pollution so that the track will be ready to connect the centre of Prague and the airport. The structure will also be carefully repaired. Work on the reconstruction project has been underway since 2009, and the actual construction work has already begun. It is slated for completion in 2019/2020.

Culture and art among the pillars

During the preparation for the reconstruction, there was logically an opportunity to use the space under the viaduct not only for Karlín, but for all of Prague. The site’s genius loci should be reflected in the current plans in the form of cultural and creative activities. The spaces under the bridge have an ideal layout for the given content: designer shops, ateliers, workshops, offices for the creative industry, salons, cafes, classrooms, bistros, galleries and bars. The space will bring a new energy and instead of being an obstacle, the Negrelli viaduct will become a grand gateway to post-industrial Karlín.

The ground floor of the building is equipped with semi-circular portals with glass panels, in the middle of which a wooden gate leading to the courtyard is located. On the first floor, the windows are located above the balustrade parapets, framed by Corinthian pilasters and completed with a cornice with a rectangular field filled with floral decorations. On the second floor, the windows are completed by pediments, which are framed by caryatids in the bays. The third-floor windows are framed by Tuscany pilasters, over which a floral décor appears along the entire length. The fourth floor, completed later, has windows with chambranles with loops, once again with floral patterns between them.

The building will be sensitively reconstructed, the goal of which is to preserve the building’s original appearance and the elements of neo-renaissance architecture in all of its parameters, such as the recovery of the symmetry of the nine-axis street-front facade.

The interior of the building will become more airy and, above all, receive more light, which will be achieved by removing the excess transoms and by effusing light throughout the entire space of the individual flat rooms. The common spaces will be dominated by pure lines and regular geometry and the original decorations of the stairwell handrails and ceilings, which let you forget the hustle and bustle of the 21st century, at least for a while. Space and minimalism reign supreme in the flats, along with earthy and neutral tones in combination with a natural parquet floor.

In the courtyard, reconstructed in a simple and mainly a functional style, you will find a true oasis of peace and quiet in the pulsing heart of the capital city. You will be able to relax and energise yourself on the comfortable benches surrounded by fully-mature and ground vegetation.

We are preparing Rezidence U Negrelliho for you in an attractive Karlín location by the Rohan Embankment. The historic building, built in the late neoclassical style by architect Johann Maxmilián Heger, will undergo extensive, though sensitive reconstruction, which will offer the comfort of modern living to its future inhabitants.

This four-storey residence will offer flats of various sizes, ateliers and commercial spaces. 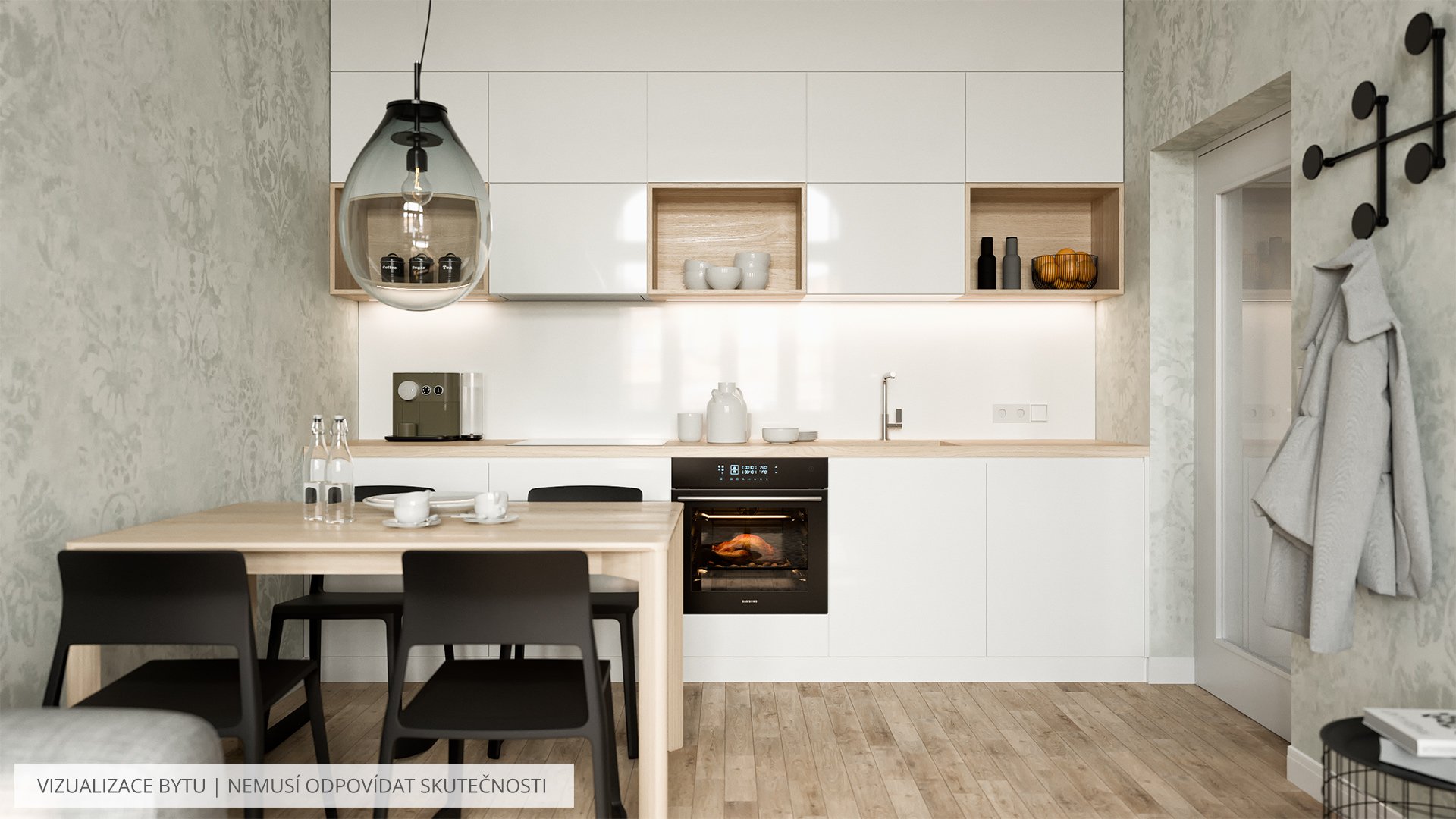 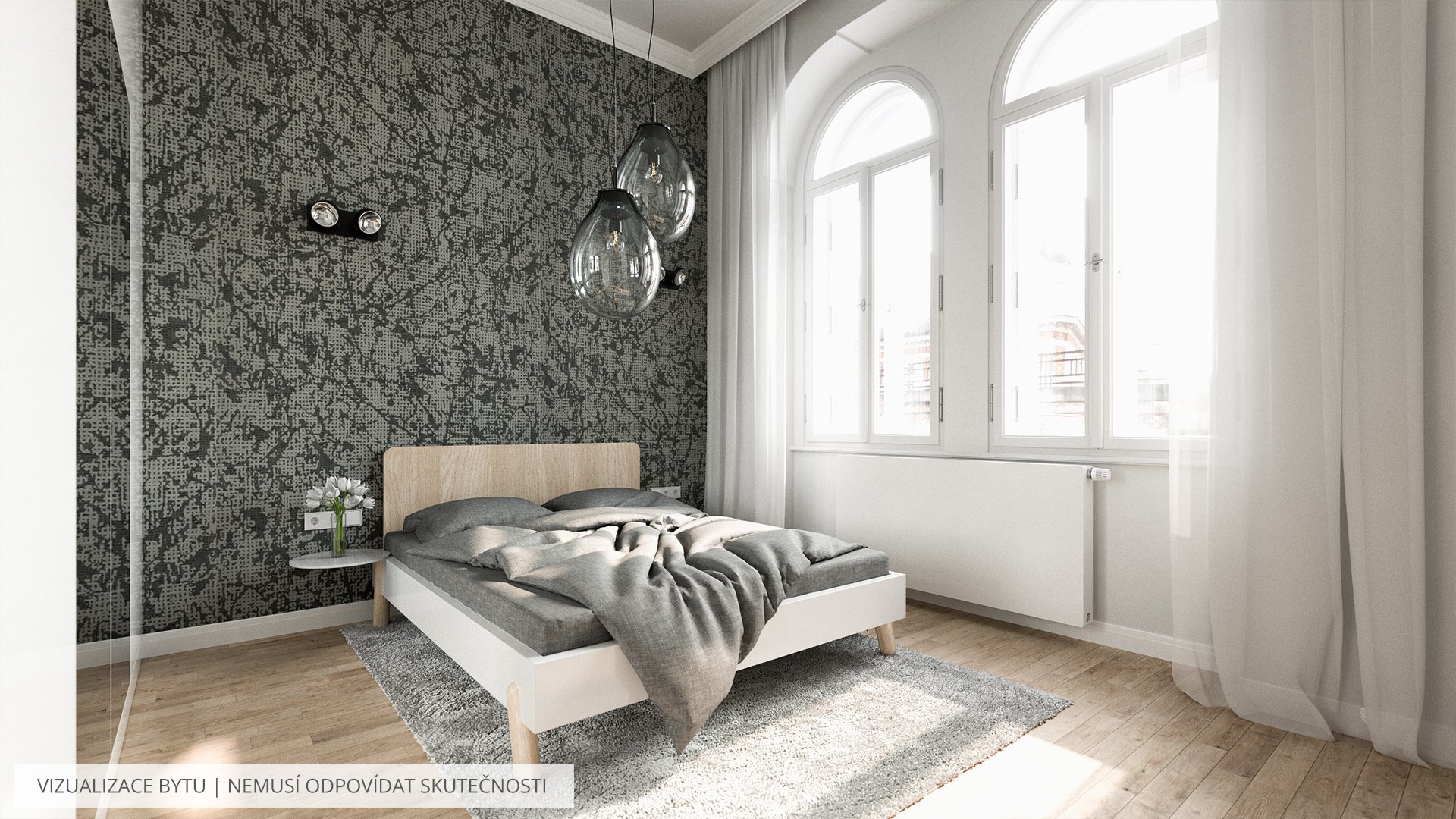 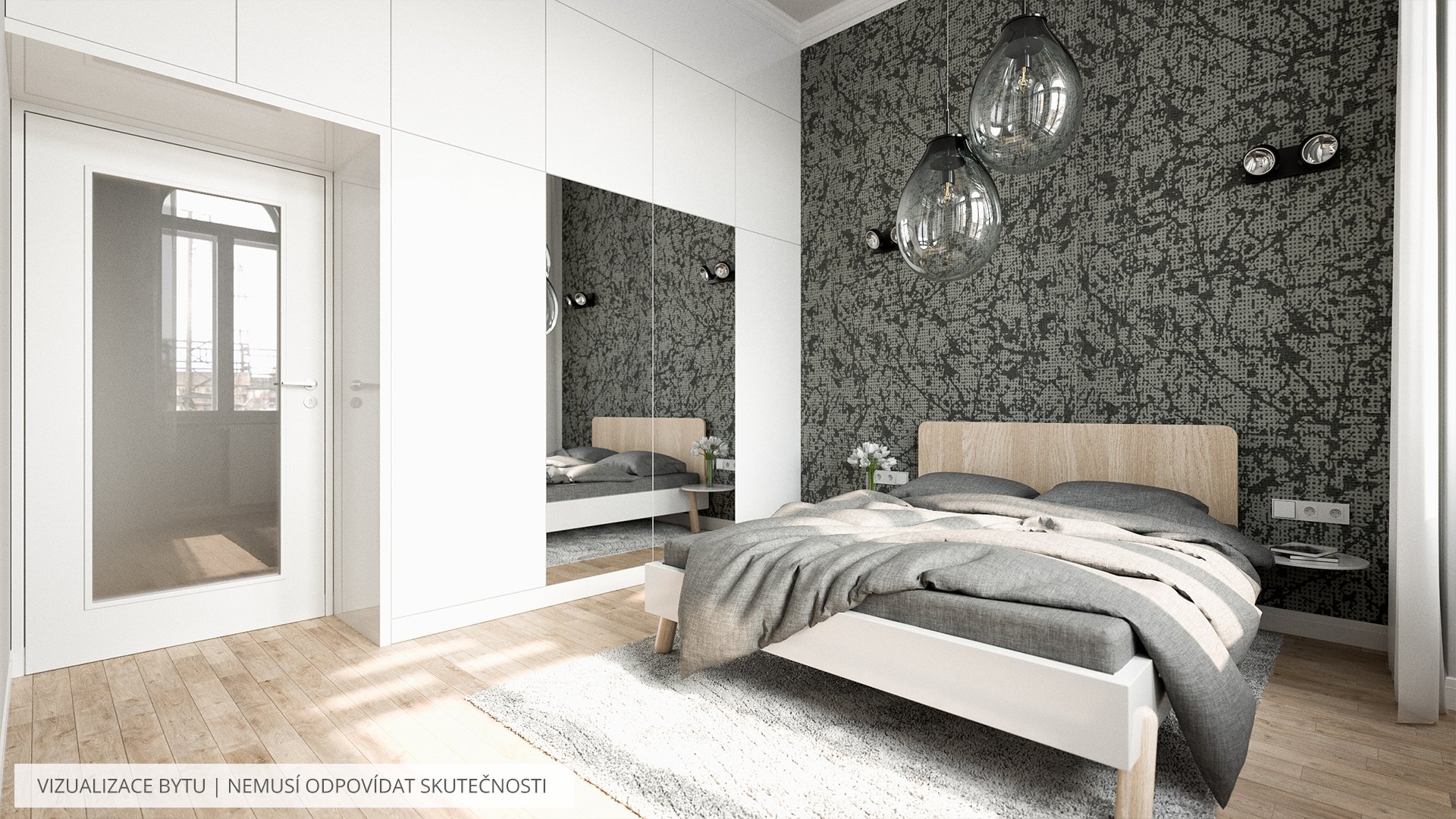 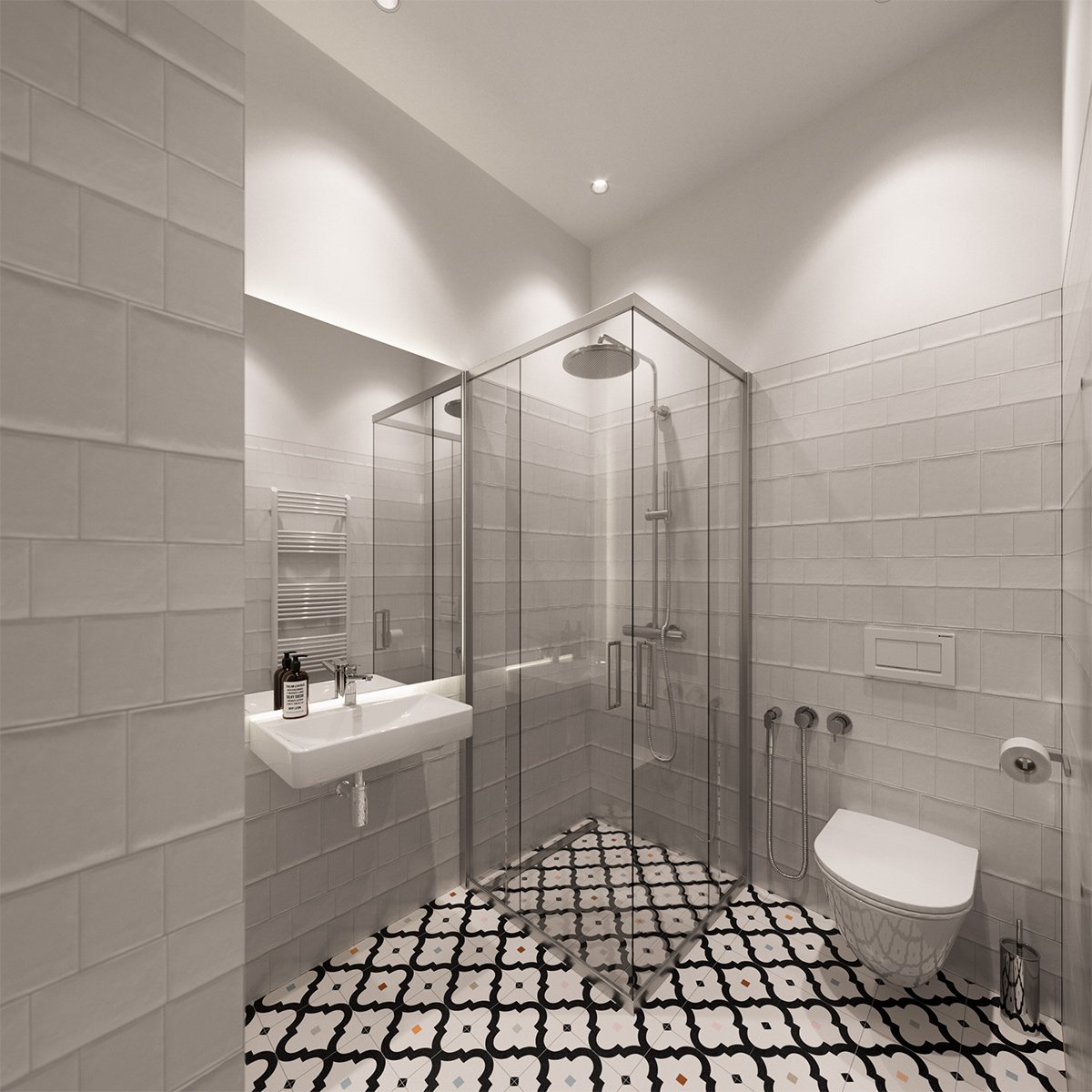 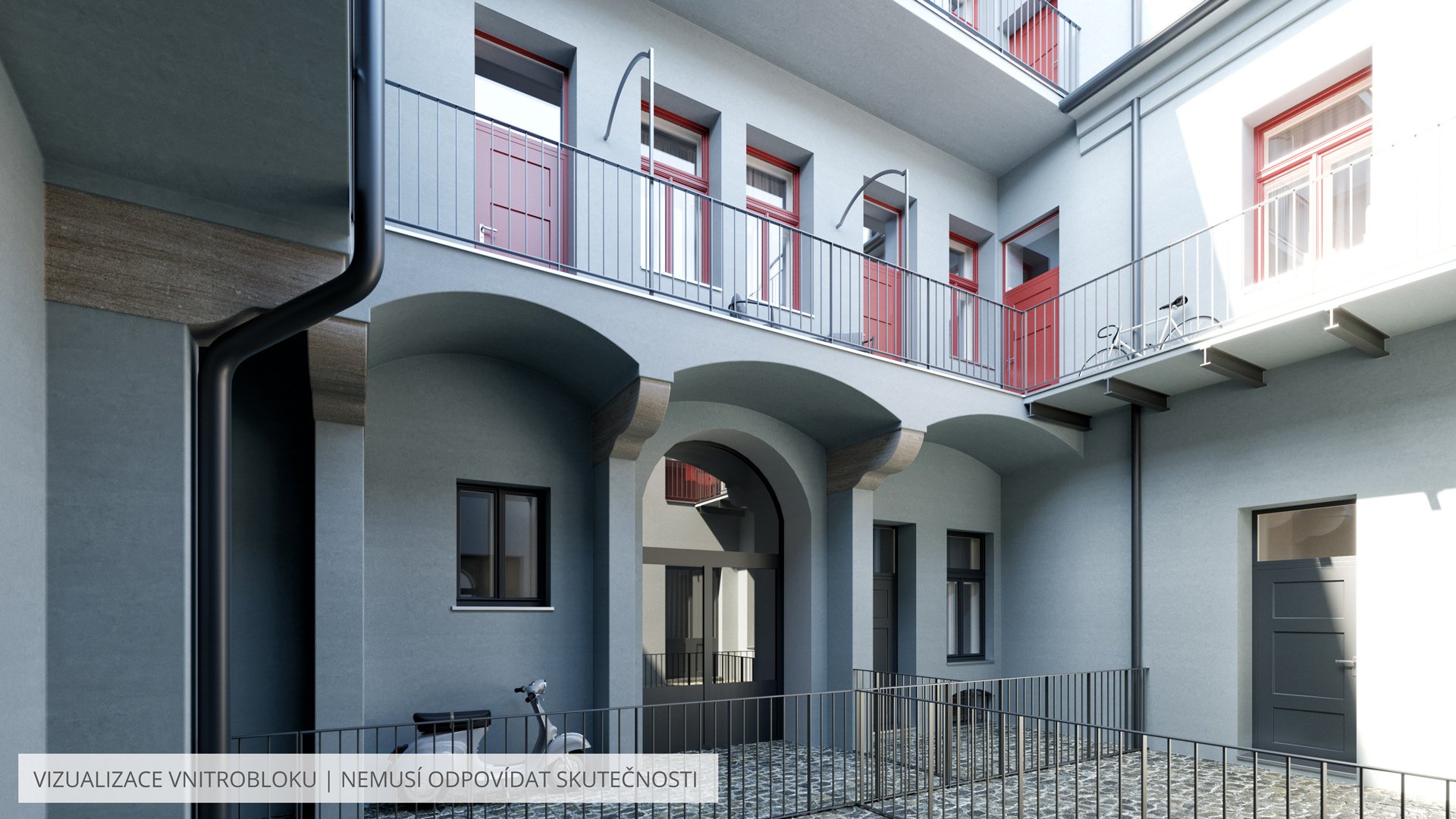 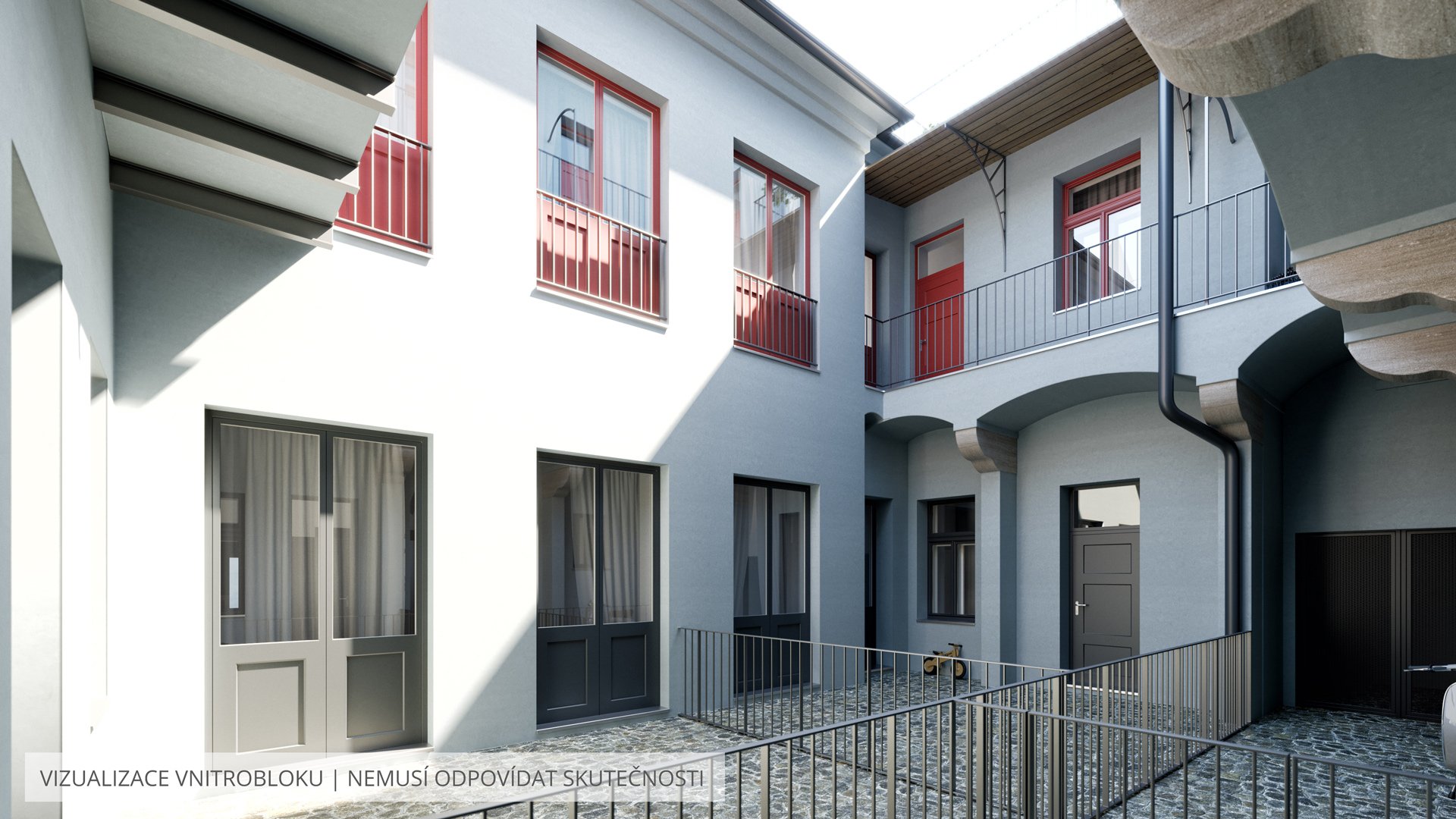 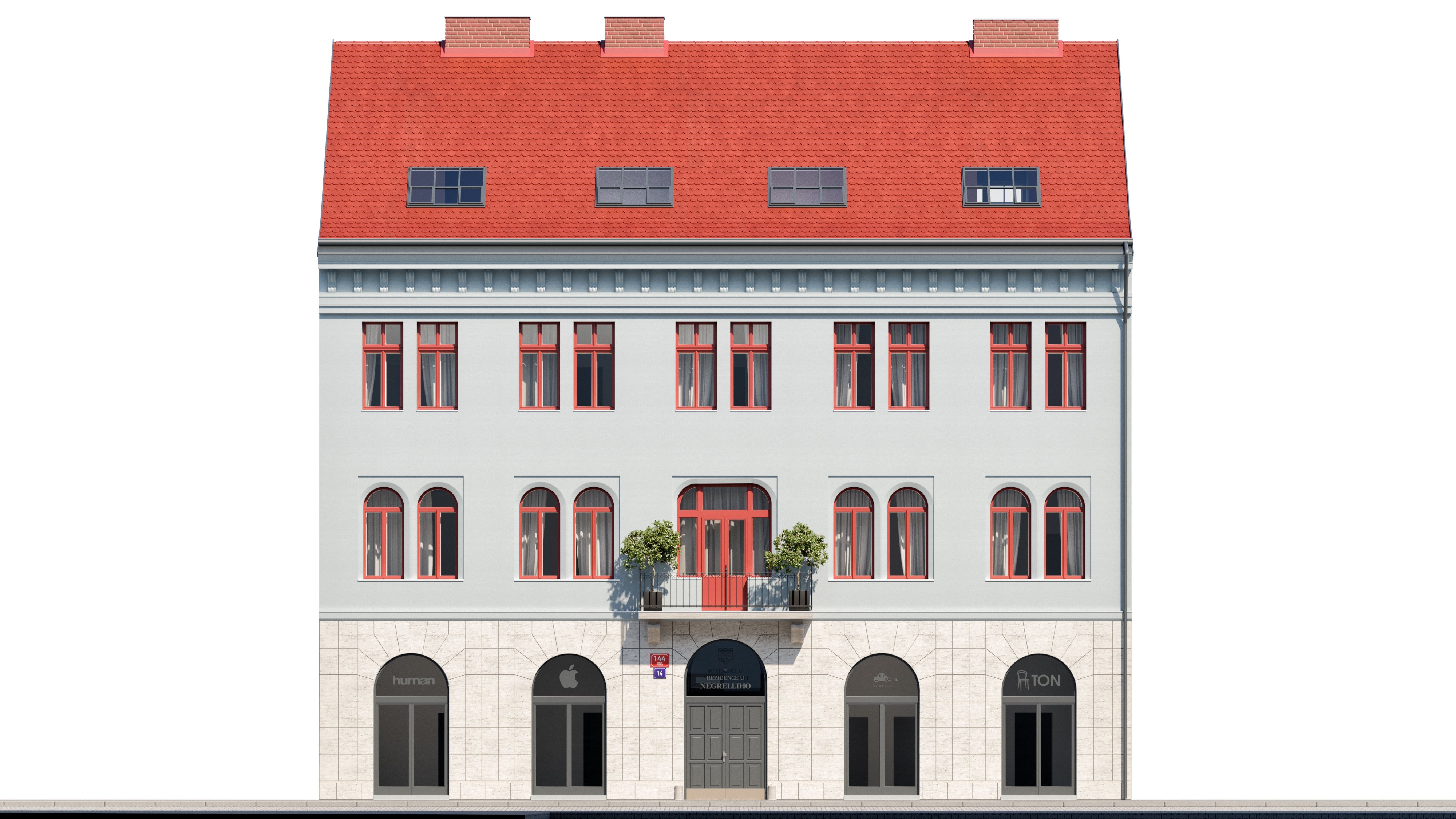 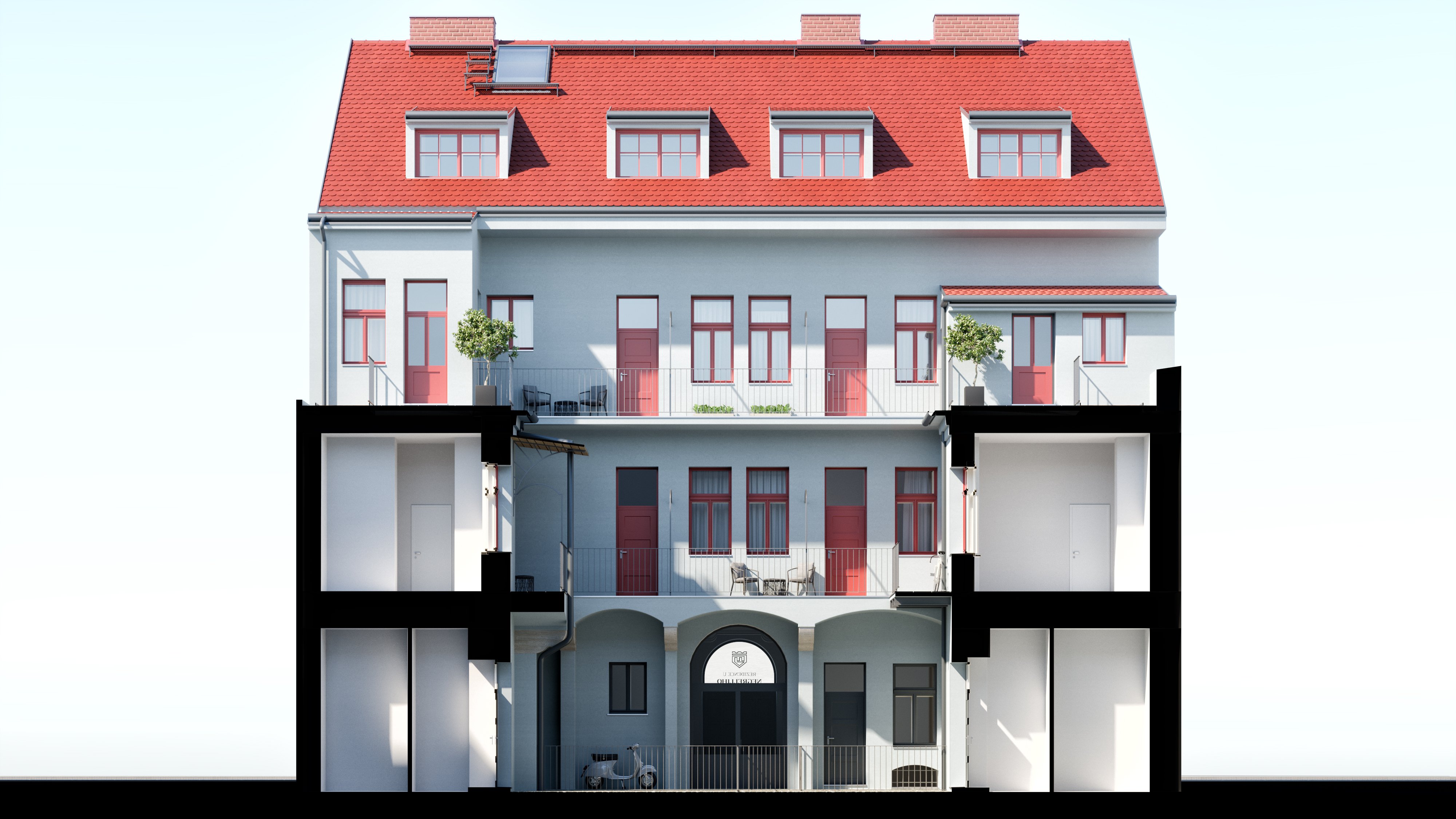 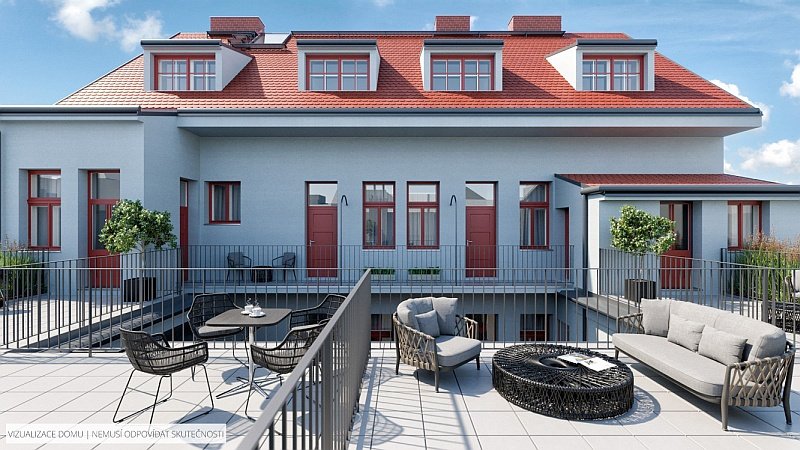 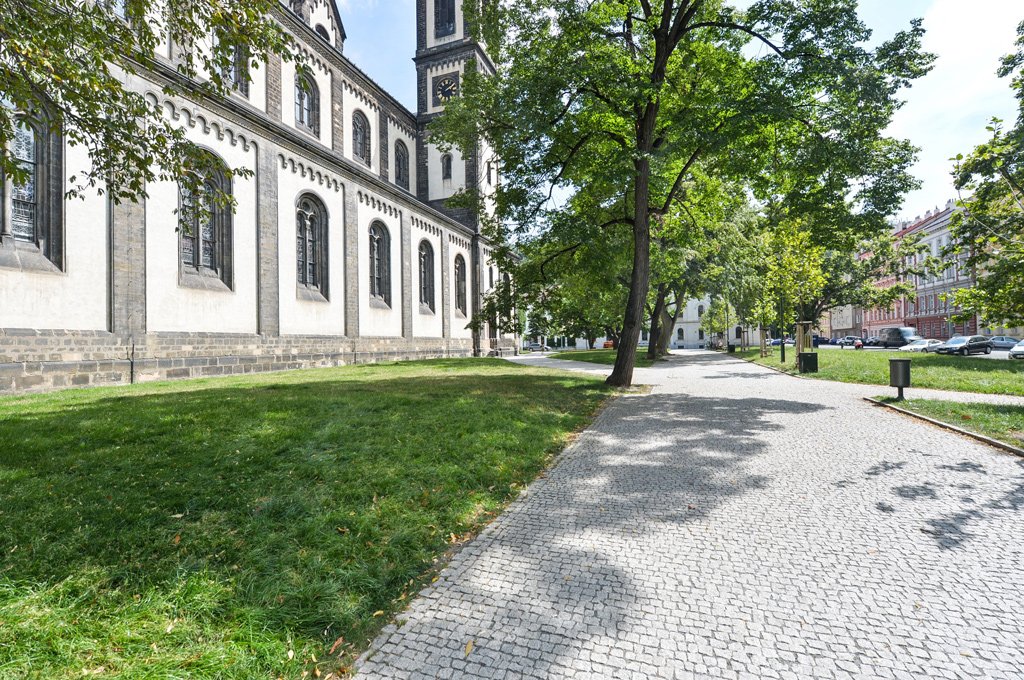 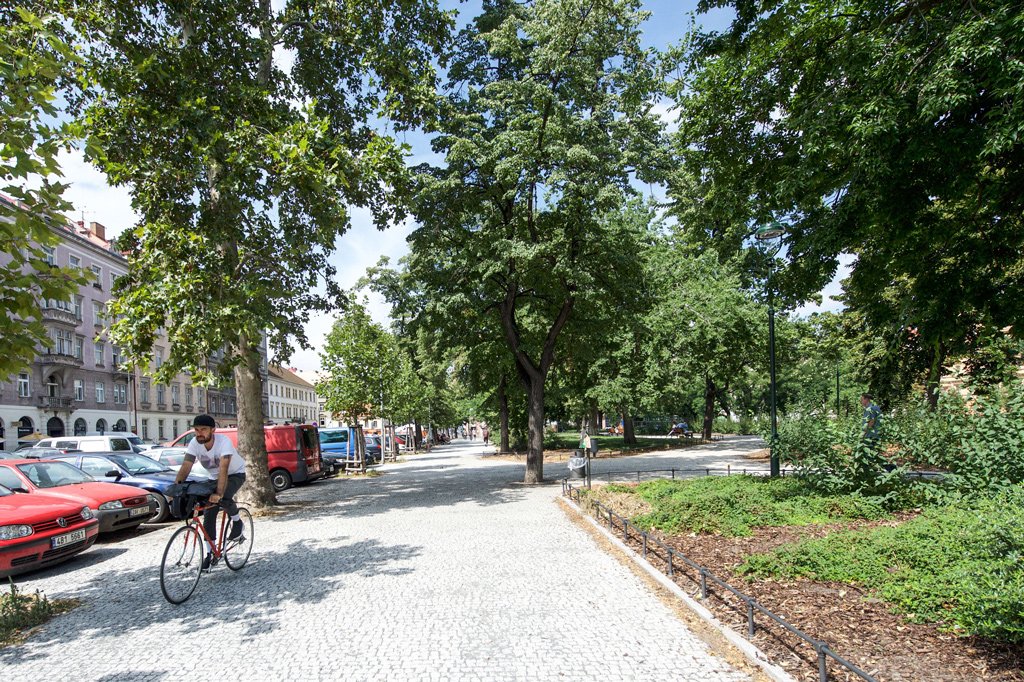 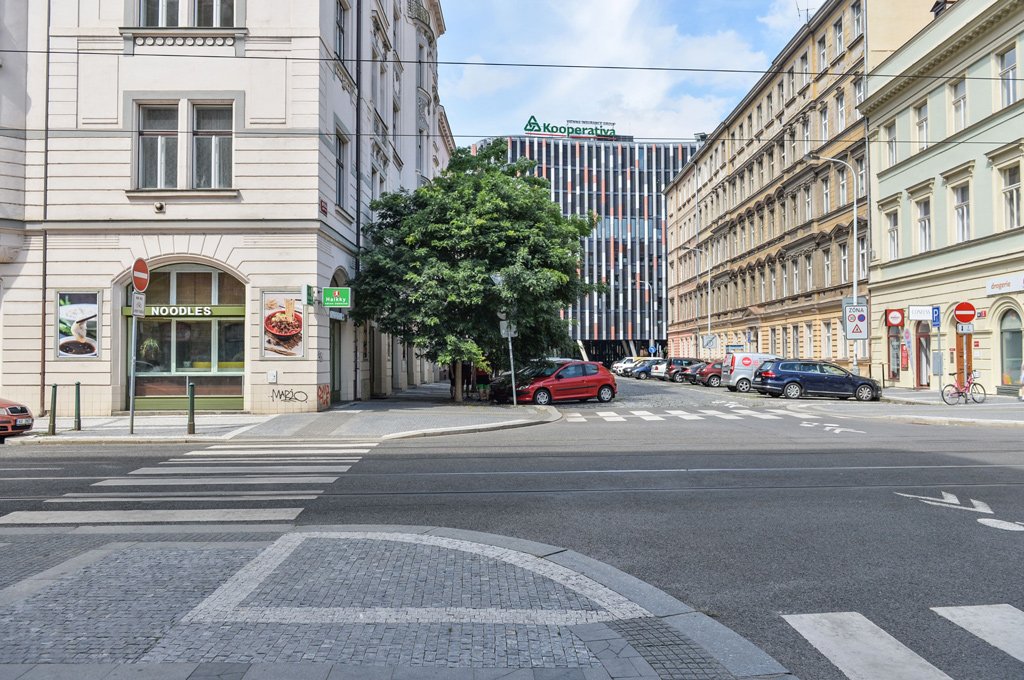 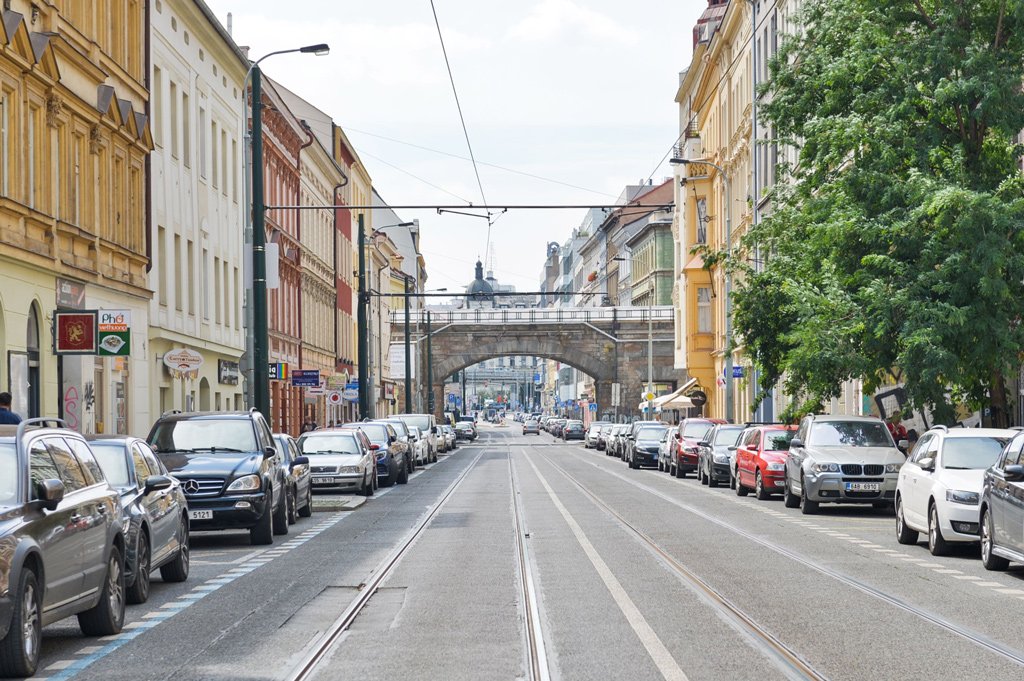 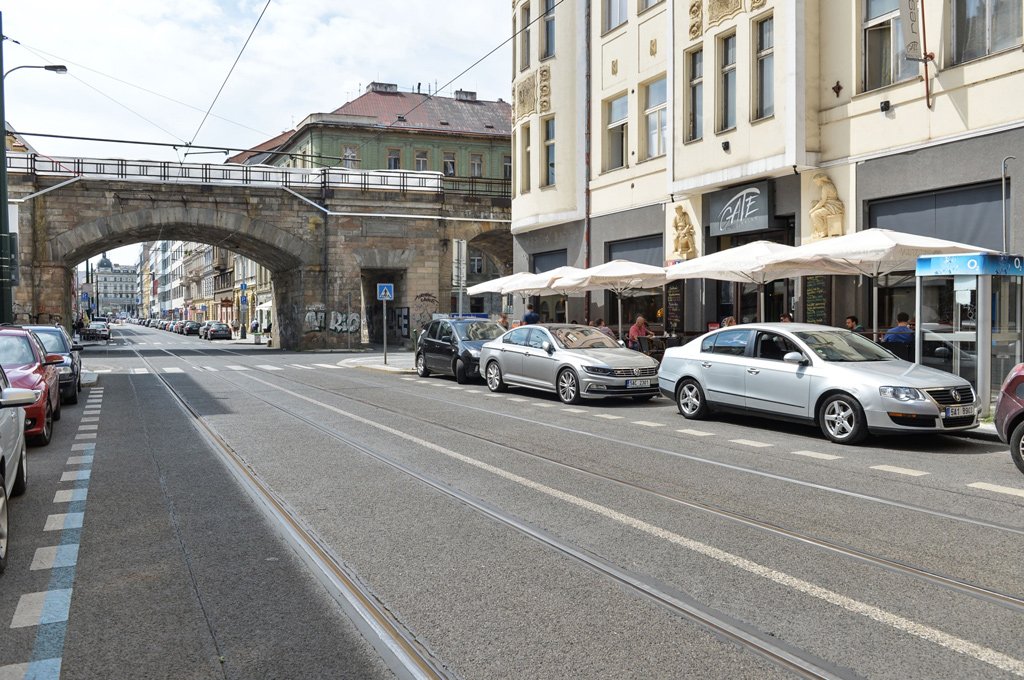 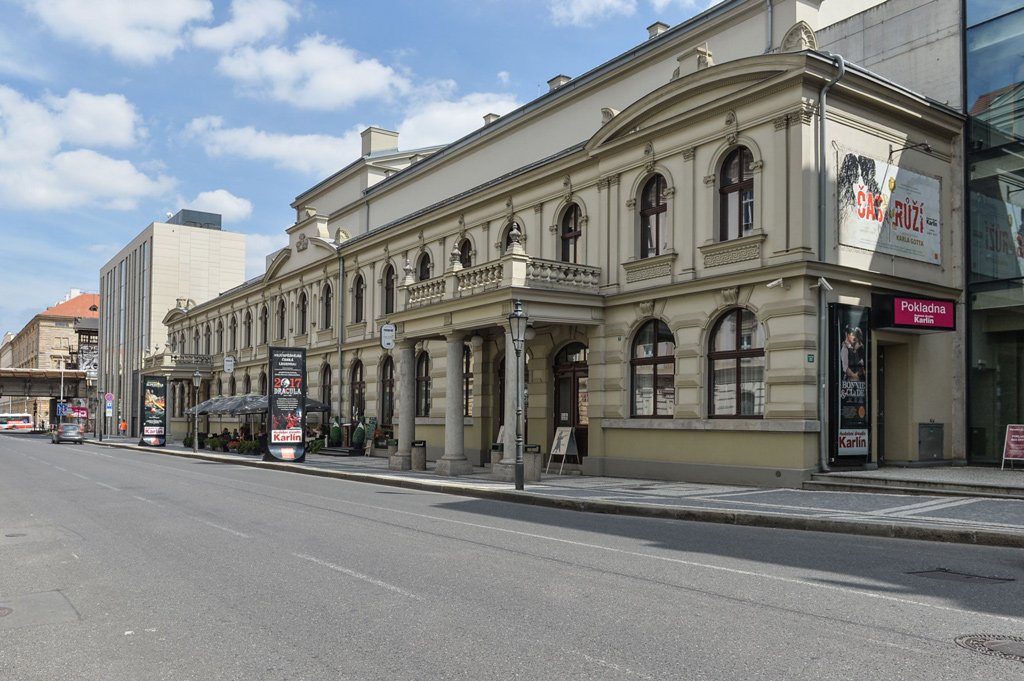 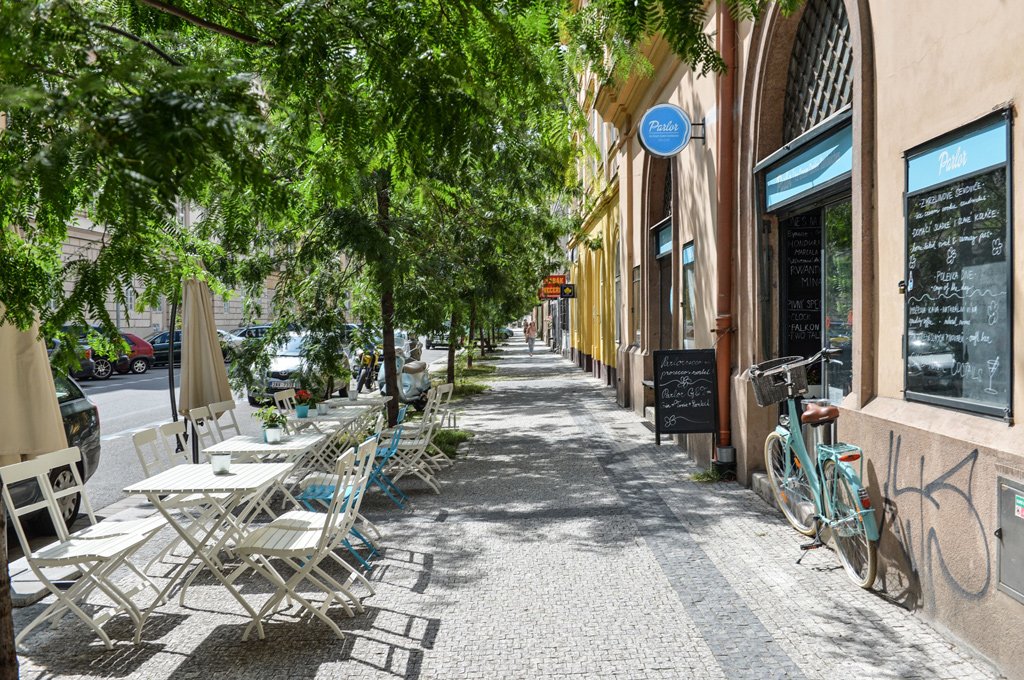 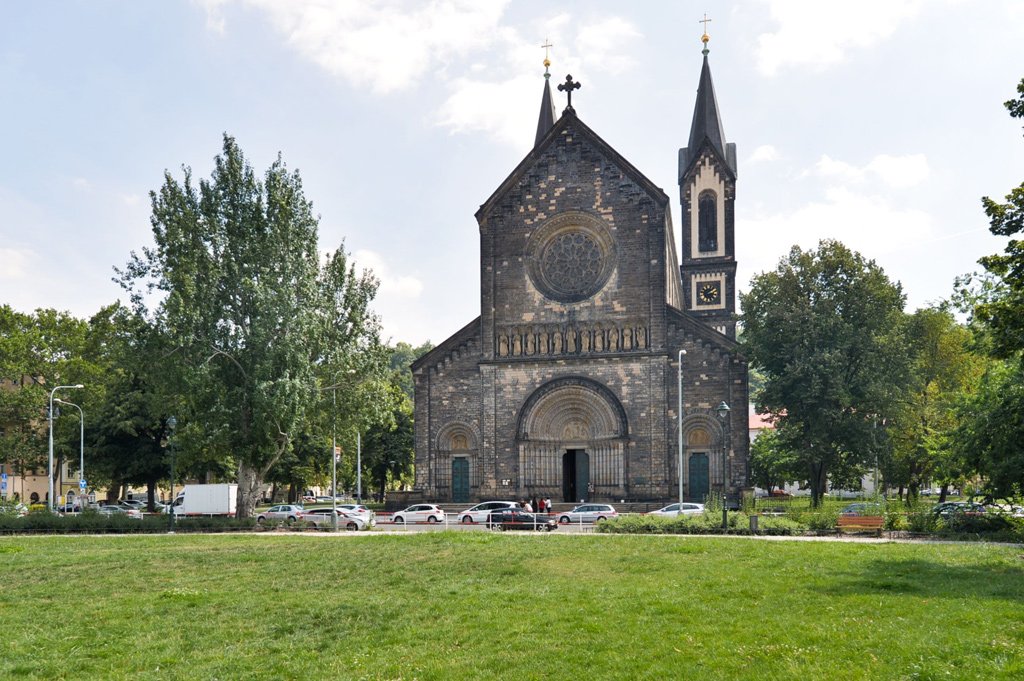 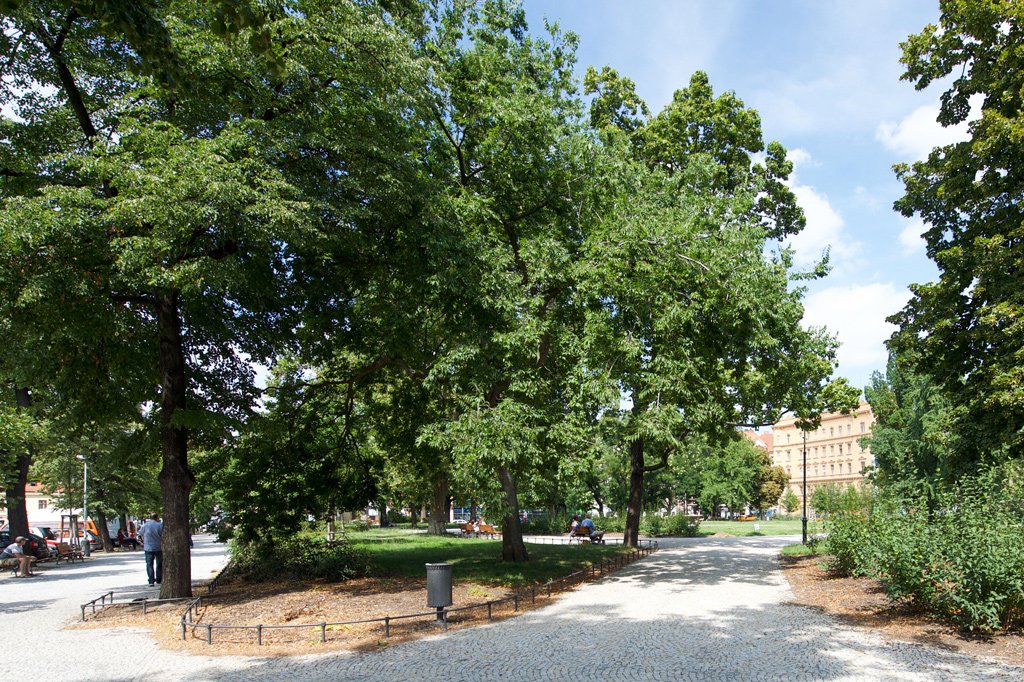 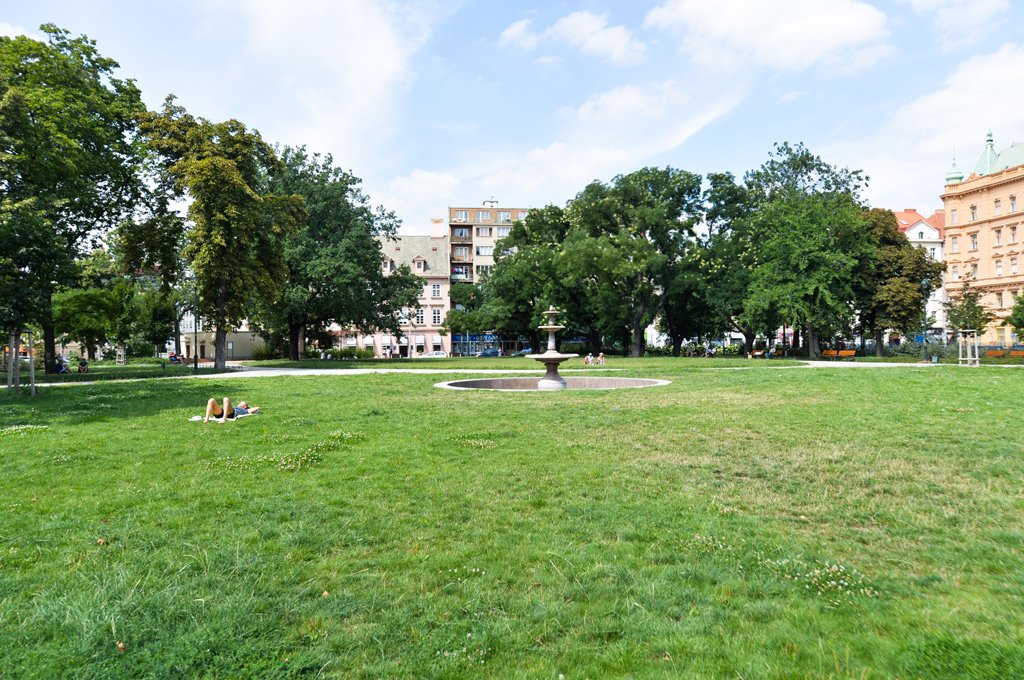 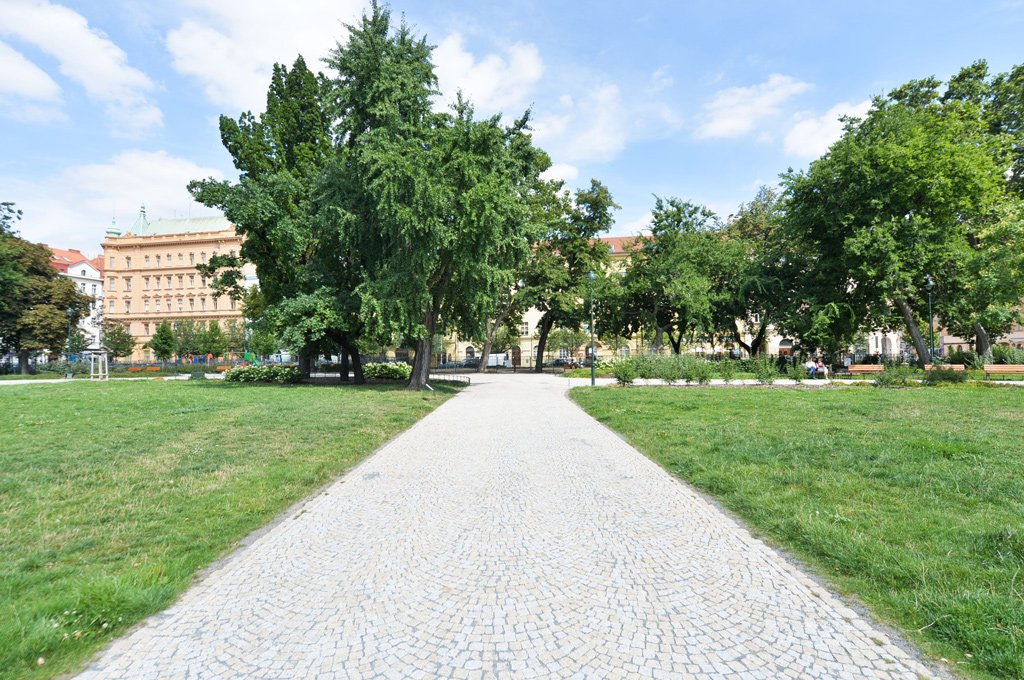 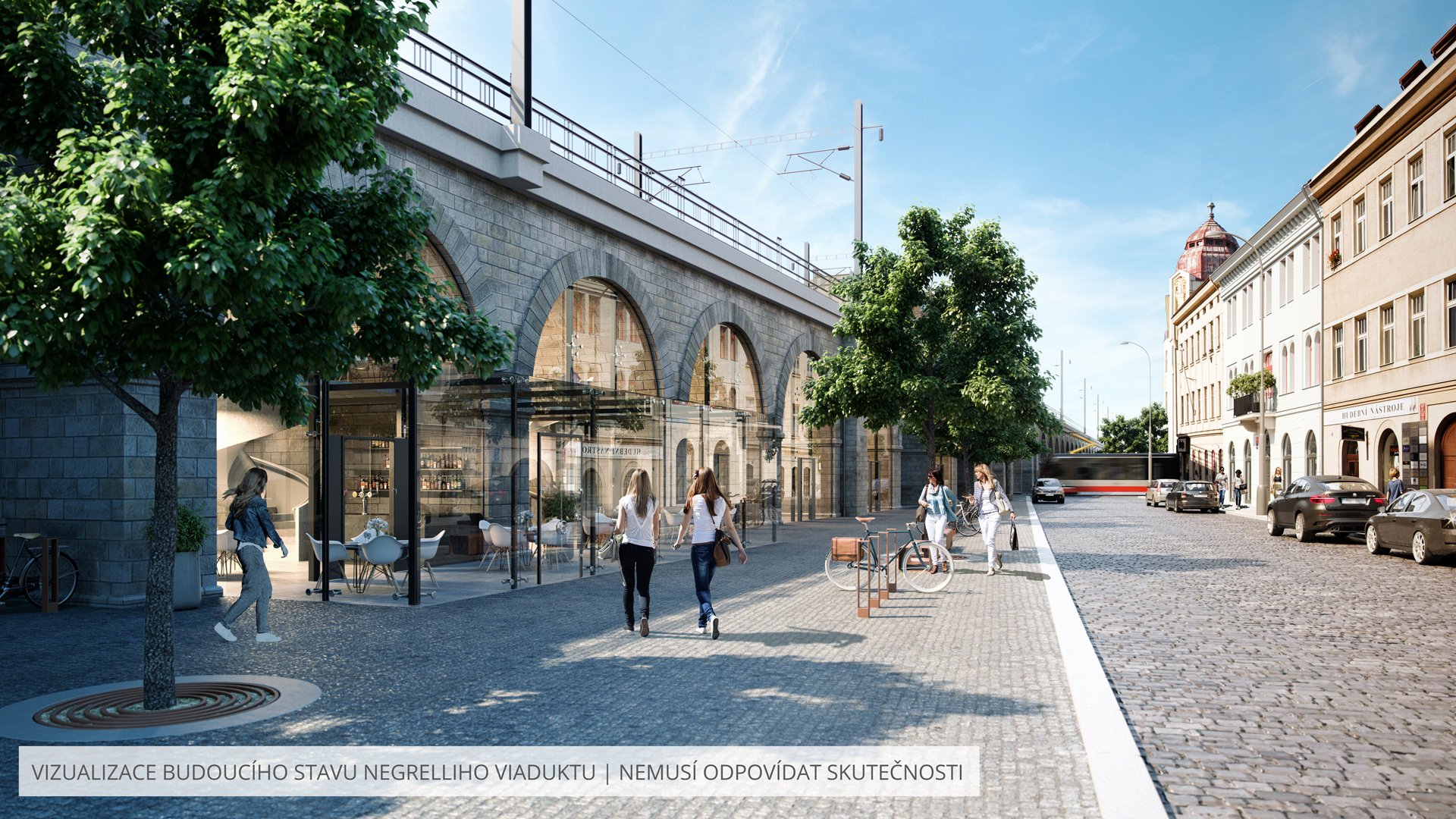 The Energy Performance Certificate is available in the office.

After the decision on purchase has been made, we will reserve the respective unit for you for 48 hours.

Agreement on Reservation and Agreement to Make Purchase Agreement

A deposit of 10% upon the signature of the Agreement on Reservation and/or Agreement to Make Purchase Agreement.

Handover of the unit

After signing the purchase contract and paying the full purchase price, the unit will be handed over.

The restriction on the purchase of flats for clients from countries that are not EU member states is no longer in force. Foreign clients can now also buy a flat as a private individual.

Thanks to the long-term cooperation between our company and Hypoasistent s.r.o. in financing the sale of apartments to final clients who will own them, you will be given a unique offer of financing purchase of the apartment in the U Negrelliho Residential House. Hypoasistent provides in cooperation with 16 banks individual, tailor-made rebates in interest rates and fees

A guaranteed alternative offer for the sale of flats in Rezidence U Negrelliho is provided by PSN and Hypoteční banka a.s.:

The basic option offers you

— The possibility of extraordinary payments of up to 70% of the loan collateral value without a penalty.
— All you need in order to set up the mortgage loan is to document your income

Our loan advisor can provide you with further information:

‹ › ×
DISCLAIMER
The information, images, appearance, documents and texts ("information") on this website are the intellectual property of PSN s.r.o. Copying, publishing or any other means of disseminating or reproducing information without the prior express written consent of PSN s.r.o. is prohibited. The information contained on this website, communicated in writing or orally, relating to the building itself or its value, is based on the state in force at the time of its publication. This state may change continuously. Therefore, the information is not binding and may not correspond to the shape and status of the completed building. All figures are indicative only.